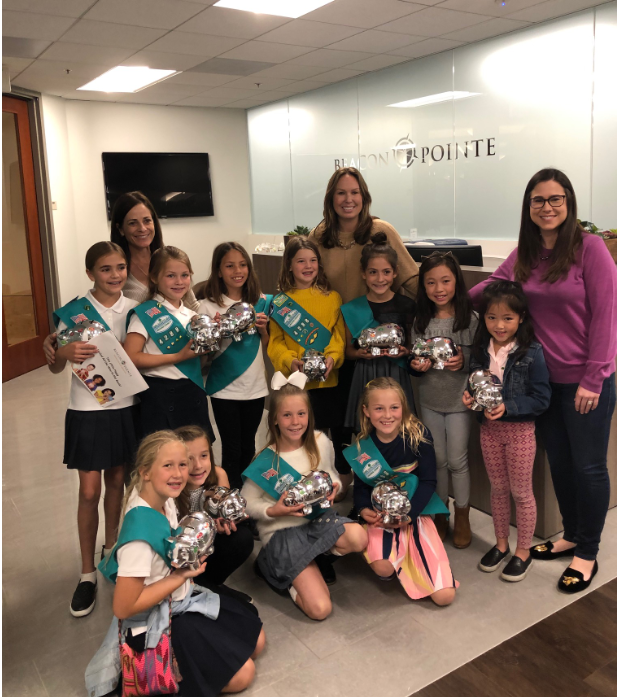 Beacon Pointe was thrilled to host Girl Scout Troop 4288 at our headquarters office in Newport Beach, CA. As part of Beacon Pointe’s Women’s Advisory Institute, events are held throughout the year to teach financial literacy to women of all ages, even eight-year-olds! It is never too early to start learning about the importance of good money management, which was the premise of our event for the Girl Scouts, “This Little Piggy Smiled All the Way to the Bank.”

Senior Financial Planner Kelly DiGonzini, CFP®, MST and Director of Marketing and Communications Alli Warner, MCM guided these ambitious fourth-graders through a presentation geared toward introducing the important money “buckets” that even the youngest person should consider when they start on the path of saving. The money “buckets” were broken down into four categories: spend, save, invest and donate.

Beginning with the spending bucket, the Girl Scouts learned that sixty percent of their spending should go toward needs and wants. Needs included everything from housing, food and shelter while wants were anything from an iPad, a trip to the movies or a new toy. Saving was the next priority with the girls learning that twenty percent of their money should go toward savings. Alli and Kelly even went so far as to explain how the power of compounding works, by demonstrating that if the girls cut out a weekly expense such as an everyday ice cream cone, their savings could increase exponentially throughout the years. 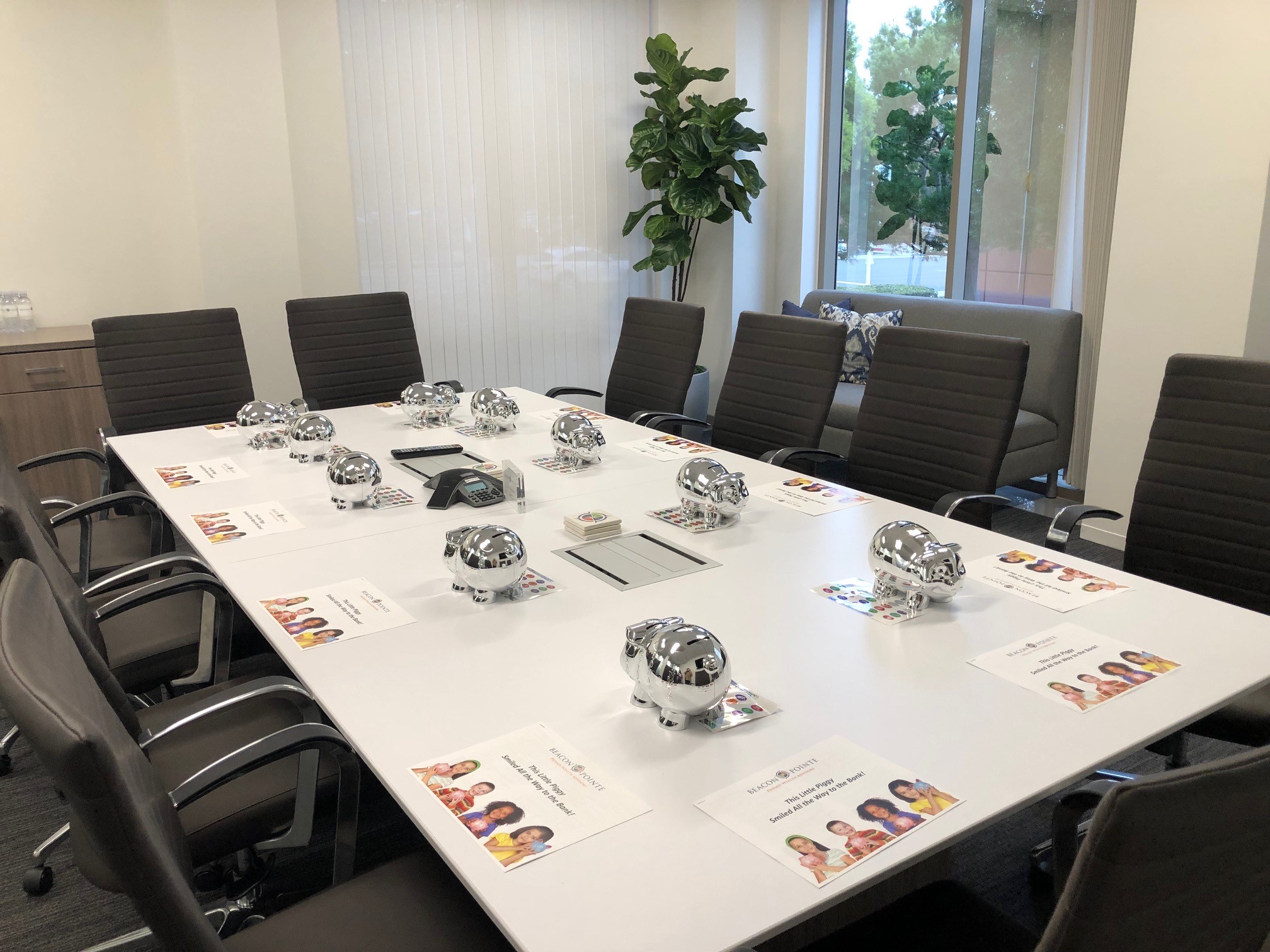 Next came the investing bucket. You may be thinking, how could eight-year-olds possibly absorb information about investments and the stock market? These kiddos are smart cookies! Alli and Kelly explained to the girls that investing should make up another ten percent and an easy way to invest is to buy stock in a company. As an example, Alli and Kelly showed the Walt Disney Co. stock over the past thirty years and demonstrated how those who invested in Disney were able to see their money grow with their investment over time.

The presentation ended with the donate bucket, in which the final ten percent should be allocated. Alli and Kelly explained to the girls that being philanthropic and giving back to the community might be an important financial goal for the girls and their families. Each of the Girl Scouts offered some examples of how to give back through their volunteering time or even donating some of their allowance to a worthy cause. It was wonderful to see how big and giving these young hearts were! 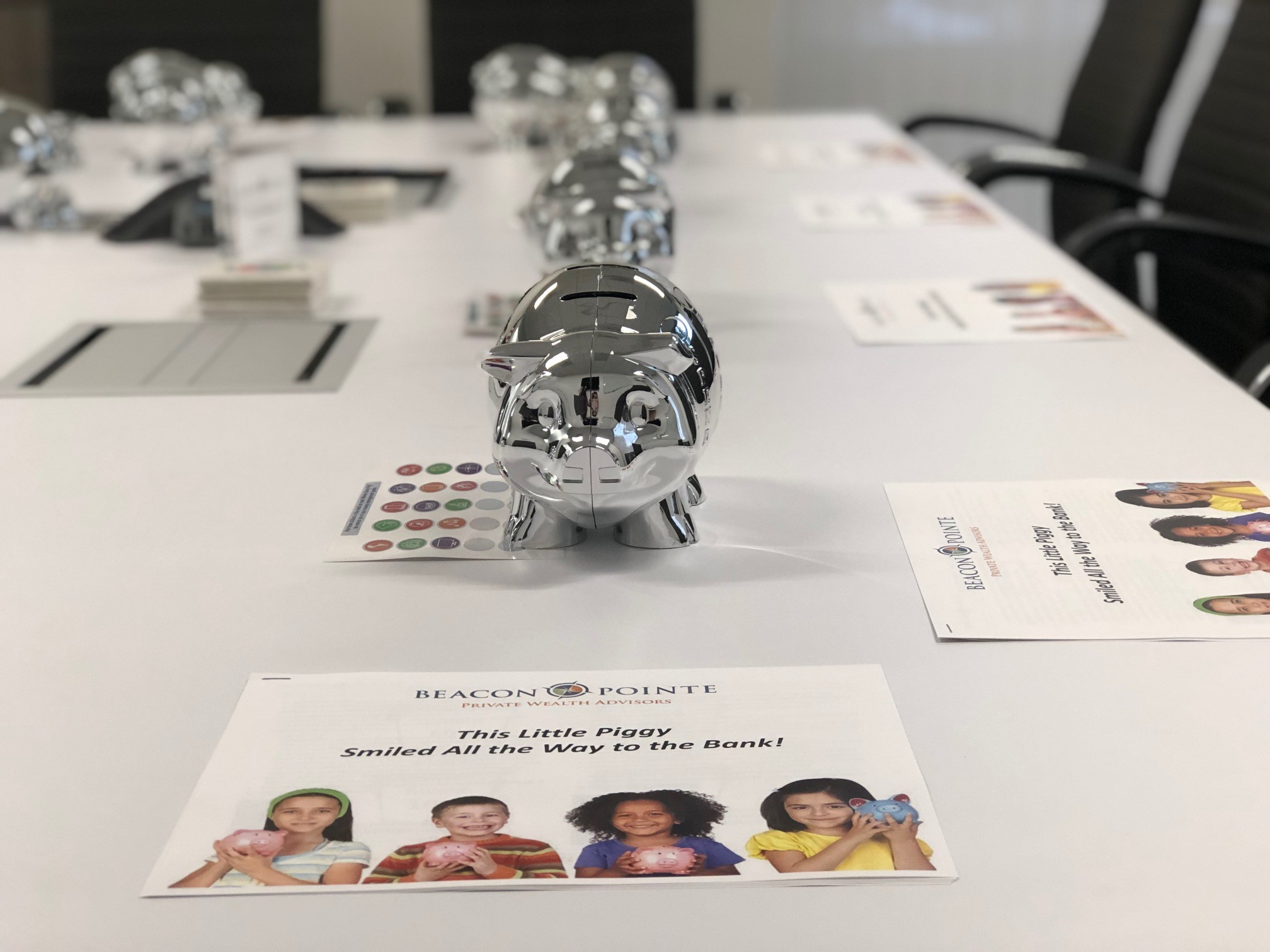 After hearing about the different “buckets” that money should be directed to, the Girl Scouts were able to put what they learned into action. Each Girl Scout was given a piggy bank with four different slots broken down into save, spend, donate and invest. They were then each given $10 in one-dollar bills and with the 60-20-10-10 money buckets in mind, had to figure out how many dollars needed to be allocated to each slot. As they decorated their piggy banks with stickers, they also got to physically put their money in their new bank. The girls were able to walk away armed with new money management tips, a full piggy bank, lots of smiles, and a wealth of knowledge knowing where to put their money!

Looking for a fun and easy way to get your child to learn about money and good money habits? Start a book club series utilizing Your Dollars, Our Sense: A Fun & Simple Guide to Money Matters as your guide!